Conservative oil money and the US Supreme Court, plus western industry, the G7 and Russia, have weaponized energy and climate

Climate is now a weapon, a political, military, and financial weapon. It’s been a tough few days, on top of the US establishment attack on women’s rights, the ongoing wars, droughts and famines, and the shocking realisation that not only is politics not part of the solution, it’s actually part of the problem.

The US Supreme Court’s bombshell ruling, on 30 June 2022, that the EPA cannot enforce emissions caps, gives the US fossil fuel industry freedom to pollute to the max. President Biden’s ambitious climate plan could be at risk, but only if we allow big oil to lead the narrative. Meanwhile in Europe, the EU is about to label fossil gas as ‘green’, delivering greenwashed revenues to Putin’s Russia for ever more. You couldn’t make this stuff up. But it’s real.

The real answer is in making 100% renewable power available for everyone. And we are making progress. Add in the power of industrial hemp to make zero-carbon gas and diesel for existing vehicles, and we have a true vision of an alternative, and better, future. The fossil fuel industry is a death cult of old money founded on slavery, colonialism, war, oil and coal. And it is wealthy and entrenched. Its tentacles grip power. It may sometimes feel that we face insurmountable odds. They are the law. But they are also broken, finally becoming aware of the catastrophic world they have created since the end of World War 2.

And we still live in the post-WW2 world of military blocs facing off, with their huge armies and nuclear missiles by the thousand, with some 1984 and Brave New World and Handmaid’s Tale thrown in. Understanding where power truly rests is the first step towards replacing it with a vision of something better. We are witnessing this world. We realize that we are capable of so much more than the suicidal decision of an unelected court in America, or the dangerous delusions of the European establishment.

The G7 talks of putting a price cap on Russian oil, further rigging an already rigged oil market of cartels, arms deals, and ludicrous wealth. Against the backdrop of a hideous war against Ukraine, funded by fossil fuel revenues, along with much of the G7’s own gains from high prices, this G7 proposal is too little, too late. What the world needs, and what we must all insist on, is a price cap on all fossil fuels, and for a carbon tax to be applied at the source. Those who profit most from fossil fuels must pay for offsets until it all runs out. By which time we will have created renewable power insfrastructure everywhere.

We can use climate as a tool for good

Photosynthesis is the fundamental chemical process of all life on Earth. And it’s our weapon for good. The fundamental prob;em facing us is too much CO2 – carbon dioxide – in the atmosphere. This is mostly caused by industrial pollution, think anything that burns fossil fuels for energy. The CO2 has the effect of warming the planet, called the Greenhouse Effect. So we need to remove the excess CO2 from the air so that we don’t get the global average temperature to go above 1.5-2 degrees Celcius. Our solution is simple: photosynthesis. We already depend on the Amazon rainforest to take back a lot of CO2, hold the carbon, and release the oxygen back into the air. Oxygen is, of course the most important element to life on Earth. Without oxygen, you are dead in 3 minutes. Simple as that.

Our plan is to leverage the incredible power of photosynthesis, as made real by the industrial hemp plant, to capture carbon at scale. 15 metric tonnes can be captured by hemp in just one season on one hectare. All the carbon captured will be used to solve human problems around housing, employment, and zero-carbon product development. Our platform delivers end-to-end transparency across the carbon value chain, so please reach out if you’d like to learn more. There are answers to the key existential questions that face the human family. We just have to make them real.

Our weapon is the goodness of nature and human ingenuity. We believe that big tech can not only stop adding to the problem, as data threatens to eat the world, but can keep taking steps towards a better world for everyone.

AVAAZ No gift for Putin campaign 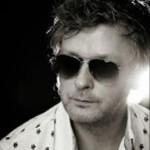