Nature is pretty incredible, most people would agree. But did you know that nature is doing so much of the heavy lifting around climate change, we’d already be doomed without it? On land, plants emit a lot of CO2 when they decay. But, because of the magic of photosynthesis which plants use to convert CO2 from the air into carbon for the plant’s growth, while emitting oxygen for other lifeforms (like us!), there’s a net benefit of around 10 billion tonnes of CO2 per year. Fungi also play a major role in capturing carbon on land, a role that we’re only beginning to understand. In the oceans, everything from algae to sea kelp has the same effect as plants on land, again resulting in a net CO2 benefit of around 10 billion tonnes per year. The bottom line is: if we produced 20 gigatonnes of CO2 a year, nature would prevent catastrophic climate change. The problem is, we produce double that quantity, and we’re on track to produce triple that quantity by 2030. This is the Emissions Gap – the difference between human-made CO2 emissions and what nature can absorb.

The United Nations Framework Convention on Climate Change (UNFCCC) established the Emissions Gap as the difference between the emissions reductions needed to meet the target of limiting global warming to 1.5 degrees Celsius above pre-industrial levels, and the current emissions reduction pledges made by countries under the Paris Agreement.

In order to limit global warming to 2 degrees Celsius, it is estimated that global greenhouse gas emissions need to be reduced by 40-70% by 2050 and reach net zero by 2100. However, the current emissions reduction pledges made by countries under the Paris Agreement are not sufficient to meet this target and there remains a significant gap between the emissions reductions needed and the actions currently pledged.

The UNFCCC regularly publishes reports on the Emissions Gap and the progress towards closing it. These reports show that the gap is still significant and that more ambitious actions are needed in order to meet the target of limiting global warming to 1.5 degrees Celsius. In addition, the reports also highlight that the longer the gap remains, the more difficult and costly it will be to close it in the future.

Another reason for the Emissions Gap is the lack of progress in certain sectors, such as the power sector and the transport sector. In the power sector, there has been a shift towards renewable energy, but it is not happening at a fast enough pace to close the Emissions Gap. In the transport sector, the use of electric vehicles is increasing, but not at a fast enough pace to make a significant difference in emissions.

To close the Emissions Gap, it will be necessary for countries to set more ambitious emissions reduction targets and to take the necessary actions to achieve them. This will require a significant shift towards low-carbon and zero-carbon energy sources, such as renewable energy, and a transition away from fossil fuels. It will also require a shift towards more sustainable transportation, such as electric vehicles, and the development of more efficient building and industrial processes.

In addition, it will be necessary for countries to work together to close the emissions gap. This will require international cooperation and the sharing of technology, information and best practices. It will also require the development of international mechanisms to support the transition to a low-carbon economy and to provide financial assistance to developing countries to help them achieve their emissions reduction targets. Our aim is to close the 1.5-degree Emissions Gap, as the 2 degrees target is sure to bring catastrophe on a global scale.

The UNEP Emissions Gap report does the math for us, and delivers a pretty stark warning:

The UNEP calculation is that we need to remove 23 gigatonnes of CO2 from the atmosphere each year until 2030. This will prevent the global temperature increase from going above 1.5 degrees C.

Closing the Emissions Gap is a huge goal, but a goal that we plan to achieve

We believe that industrial hemp, grown at scale, is the best option we have for closing the Emissions Gap. Forestry takes too long to deliver net carbon benefits, while direct air capture can’t scale quickly enough. We’ll use the power of nature, with the sun’s energy driving photosynthesis, to capture 23 gigatonnes of CO2 every year. The carbon captured by the hemp plants will be turned into housing and infrastructure. We’re using one problem to solve another. If you’d like to help us achieve our audacious goal, get in touch! 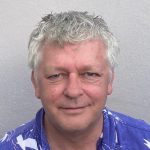